I’m playing along with the 5 Shawls, 5 Days challenge. Each day, we knit a mini shawl to explore the different shapings. It’s not too late to join, I think.

Of course, I can’t just follow directions. I have to play with them; I’m a designer!

The first day’s shape is the top down triangle shawl. I’ve knit this shape before, and if my yardage is limited, I like to knit the winged triangle (longer ends via additional increases on the WS rows). This way the shawl grows wider faster than the traditional triangle shawl, and is shallower. Great for not pointing directly at your butt, and it also gives you enough width to get a nice wrap around your neck or shoulders before running out of your single skein of precious luxury yarn.

The second day’s shape is the 3/4 shawl. It’s three triangles instead of the usual two on a traditional triangle shawl. I don’t love this shape, so I didn’t knit it. But many years ago I did a frankenstein version of this shape, with the extended ends of the winged triangle on the outer two triangles.

It was a big fail (my fault, completely). Here’s a picture so you can laugh, and here’s a link to the blog post I did at the time, Big Cup o’Fail. Don’t worry; it got better. I frogged the whole thing and ended up designing the Zen Rain Shawlette.

This would be a winged triangle, but with a center panel to automatically add some width and avoid a pointed center. See how much you can play with shawl shapes?

The third day’s shawl shape is a crescent. I have designed several crescent shaped shawls, but they’ve all been from the bottom up. 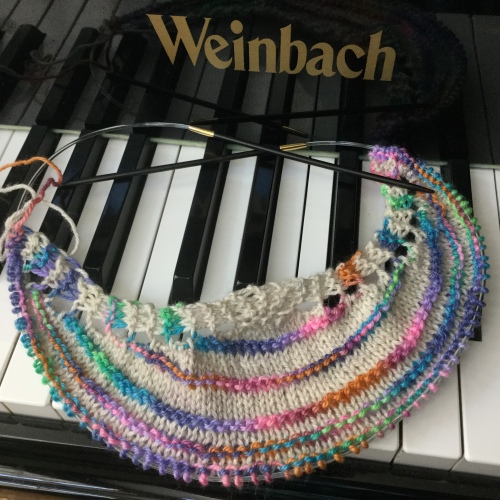 I like it! It’s a lot simpler than short rowing from the bottom up. I’m using this particular swatch to play around with striping, and I want to play with an edging, too, so it’s still on the needles.

(fuzzy low light picture of her sticking her tongue out. sassy!)

In other news: The cat formerly known as Trix has a name! In the end, she wasn’t a Biscuit, either. DH said, “Maybe her name is Trix.” That was her shelter name, but I thought it was too short. She’s pretty tricksy, though. So her name is now Bellatrix. It means female warrior. It’s also the left shoulder star in the constellation Orion, one of the two constellations I can identify in the night sky. I’m calling her Bellatrix or Trix most of the time, and it seems to fit. “Trix” also sounds like the litte squeak she makes when she tries to meow. She doesn’t have a voice! She may have lost it when she was sick; I’ve never heard her meow. 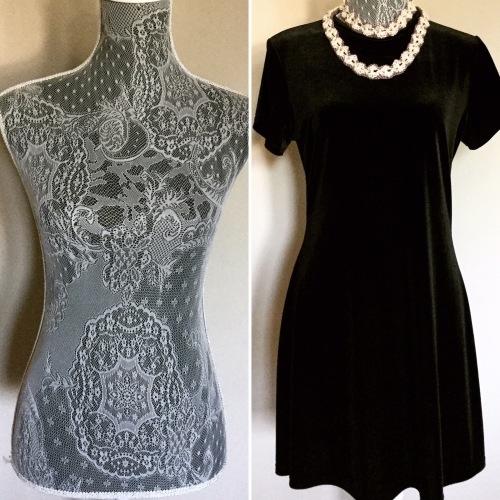 Also, this is Lacey! Thank you for all your suggestions, for both the mannequin and the cat. Random.org says that commenter number 3 is the winner, so Chris Pugsley will be getting a copy of Aura. But Paula Johnson actually suggested Lacey, so I’m offering her a choice of one of my PDXKnitterati patterns via Ravelry download. Bonus prize!

Keep knitting, and here’s a picture from yesterday. Ahhhhhh. 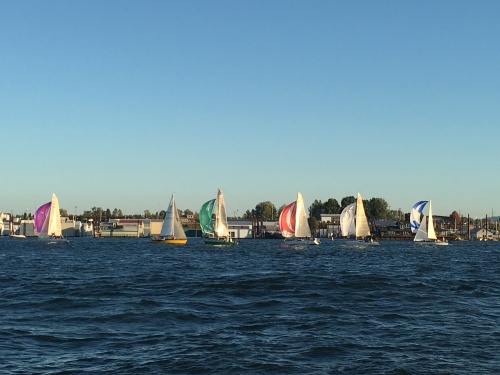