Studios are springing up…

It’s spring, and my crafty compadres are creating great studio spaces. Knitted Wit has just moved into her new studio/dye space. I visited her there yesterday and helped label some yarn, but didn’t think to take pictures. Here’s her pic from the outside, with her spiffy yarn ball curtains. 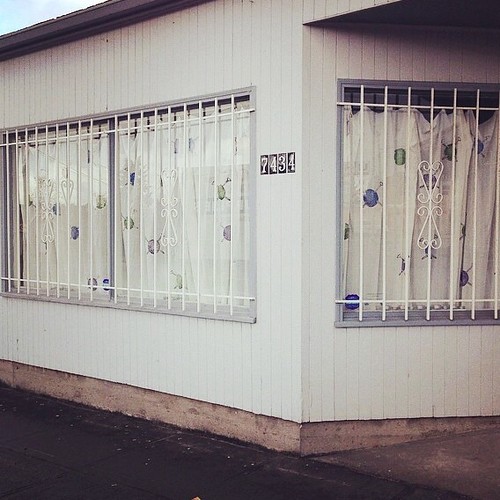 There’s still time to help launch her studio via her Indiegogo Community Supported Yarn campaign. She’s offering lots of cool perks as thanks.

Lavender Sheep has just moved and is creating her new studio space, with both a wet studio and a dry studio.

My turn! I’ve been using one of the boy’s bedrooms here as an office (most recently it was CollegeBoy2’s bedroom). I’ve been purging it and finally got it patched, painted, and organized. Let’s see, it’s only been three years since he left for school…although to be fair he has lived at home the past two summers. 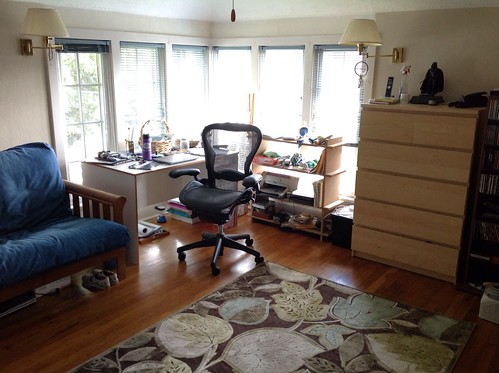 Here’s the view from the door. Very inviting. There’s a comfortable futon sofa/bed. I write from this desk overlooking the back yard. The shelves to the right of the desk have my printer and my very handy swift and winder. The light from these south and east facing windows is beautiful. And yes, that’s a Darth Vader bank on the dresser. He’s still menacing, all these years later.

My beloved IKEA Expedit shelves are now right where they belong instead of in our bedroom, and I re-organized them, too. 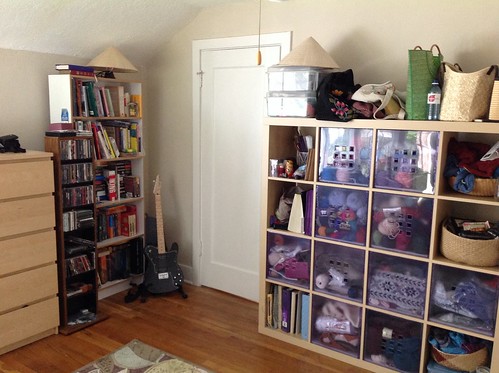 My sewing machine will move in, once I’m finished moving a few more things out.

It’s been a very productive week. And I finished a pattern, which goes live on Tuesday. In the meantime, I’m knitting Jami Brynildson’s Rock Creek Shawlette before working on more new designs. It’s pretty relaxing knitting someone else’s design once in a while! I’m using Juno Fibre Arts’ Alice, which is 70/20/10 Baby Alpaca/Silk/Cashmere and very luscious. The color is Campion. 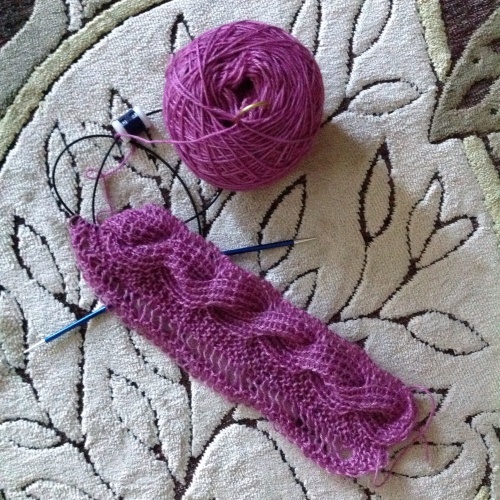 How was your week?

Posted in Knit, Other craftiness, yarn