Remember my recent post about customizing sneakers? I ordered sneakers featuring the Portland airport’s #pdxcarpet for DH’s birthday. They arrived last week, and he was thrilled. 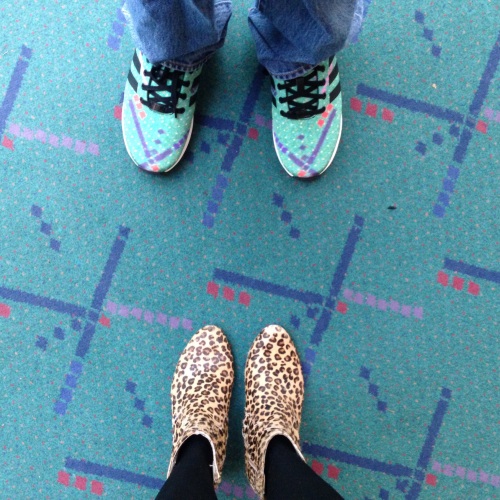 The airport is replacing its 30 year old carpet this year. This has prompted an outpouring of love for the old carpet, which means home for lots of travelers. I know, Keep Portland Weird. We went to the airport to take a picture of DH’s new shoes on the matching carpet. A cameraman was kneeling on the floor taking video, so DH put his foot in front of the lens. Camera guy looks up, and says, “You’re kidding.” Nope, not kidding at all… 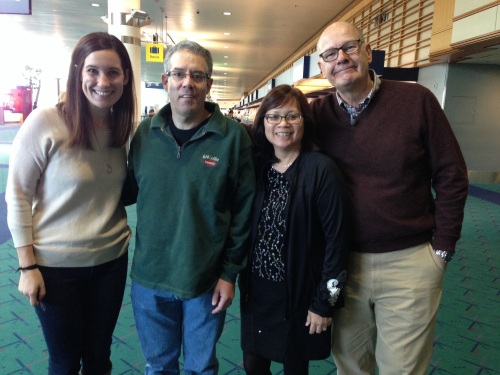 I thought it was a local news station, but it turns out that NBC Nightly News sent Harry Smith to do a story on the carpet. We were interviewed for the story that ran on Friday, January 23. Here’s the story:

Only in Portland Would the Airport’s Carpet Reach Cult Status

I took some screenshots from the story: 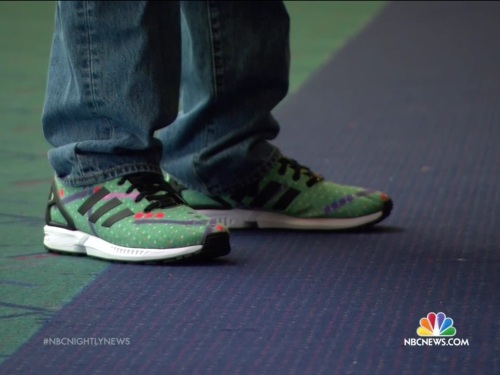 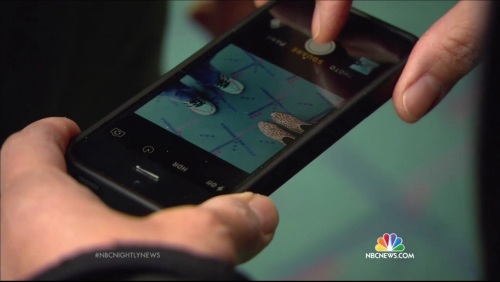 It was very fun. DH says it was the Best. Birthday. Ever. He blogged it, too. Not bad for the right shoes in the right place at the right time!