Coming up: A revamped Bucket List for steeking class

Steeks! Does the word strike fear in your heart? Cutting your knitting…it’s not so scary if it’s just on a tiny piece, and that’s why I designed my Bucket List Coffee Accessories a few years back. 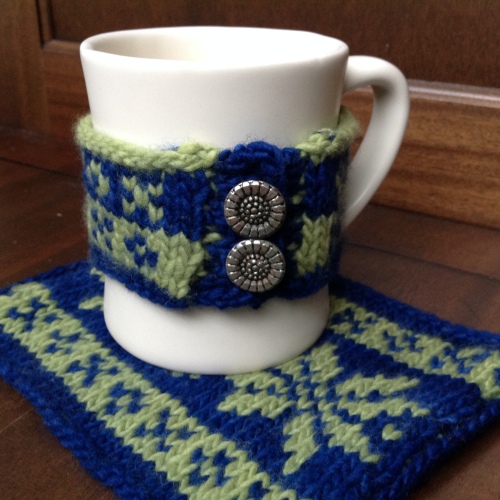 Steeking a little piece of knitting isn’t nearly so scary as cutting a sweater. There’s so much less time invested in the knitting. 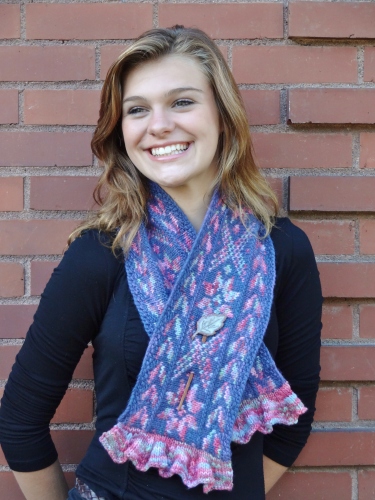 I took a steeking class with Mary Scott Huff many years ago at Columbia Gorge Fiber Festival. Afterwards, I designed this scarf as a first steeking project. I offered a class for this project, and it was fun. But the catch was that you had to knit the whole thing before class. That was a commitment! 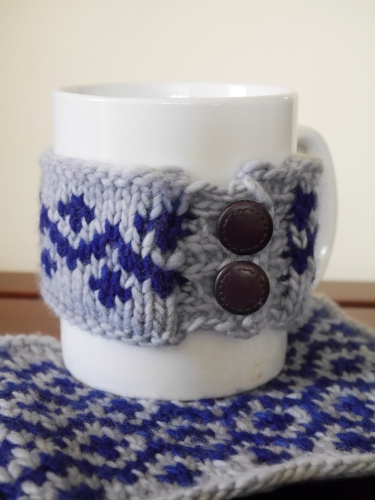 So I designed a smaller project, the mug rug (coaster) and coffee cozy that you see here. I reshaped the class as a two-parter: Beginning stranded colorwork on week one, and steek cutting and finishing on week two. 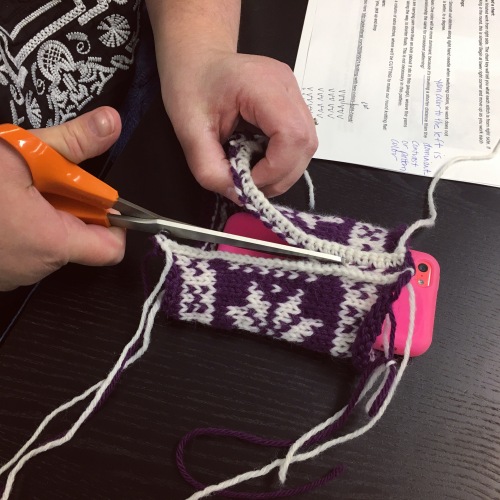 Now I’m going to offer the class at Twisted as a single class, the one with the cutting fun. I’m updating the pattern with a few more helpful hints for stranded colorwork, and changing the steek area from a checkerboard pattern to vertical stripes. This will make it easier to see exactly where to reinforce the knitting before cutting the steek. 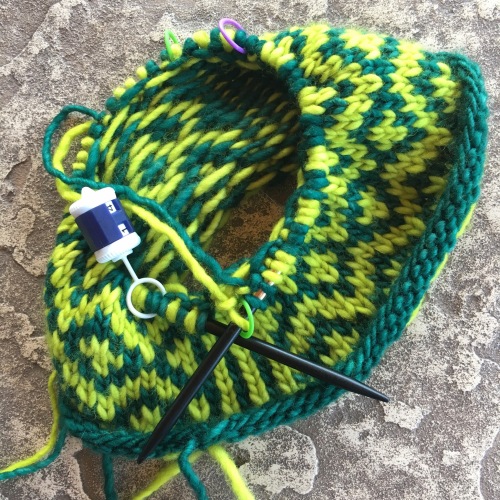 If steeking is on your knitting bucket list, this is a gentle introduction. If you’ve purchased the pattern before through Ravelry, you’ll be notified when the update is ready later this month. I want to re-photograph the steeking instructions for the pattern, so I’m reknitting samples.

My class at Twisted is scheduled for January 26. It will be fun!

And then you’ll be ready for more. I’m very tempted by Fringe Association’s upcoming Steekalong in January. It has so many things to recommend it: Mary Jane Mucklestone’s Sólbein pattern (she designed Stopover, and I knit two of them) and Léttlopi, the lovely Icelandic wool yarn knit at a looser than normal gauge (again, Stopover). Also, the camaraderie with other knitters on Instagram is fun, too. 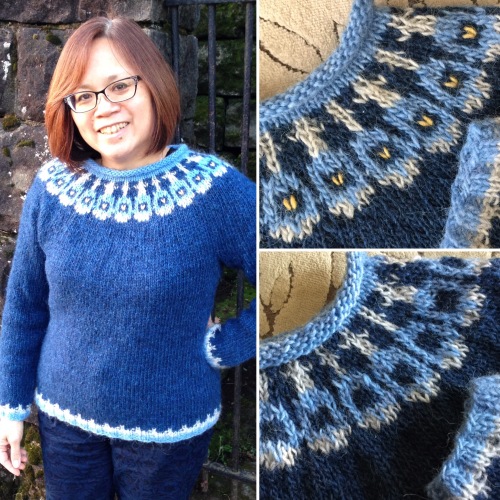 Hoping I can squeeze out the knitting time for this, as I work on a design deadline piece before February. But first: Bucket List update!

5 responses to “Coming up: A revamped Bucket List for steeking class”