We had a great vacation last month. Our older son was on a two month sabbatical trip through Europe, and we caught up with him for a week in Scotland near the end of his trip, spending time in Edinburgh, Oban, and Glasgow.

Oban was our vacation within a vacation. It’s a sweet town on the water, and a hub of the Caledonia MacBrayne ferry system. I picked it for the Lorne Highland Games going on that weekend, and for its proximity to Iona and Staffa, two islands that I wanted to visit. 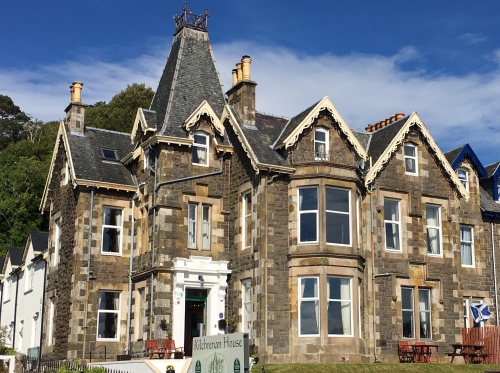 We arrived on Friday afternoon and settled into Kilchrenan House.

It’s just down the road from Dunollie Castle. We walked up to the castle, but it was closing by the time we arrived. No worries; it was time to head for our tour at Oban Distillery. 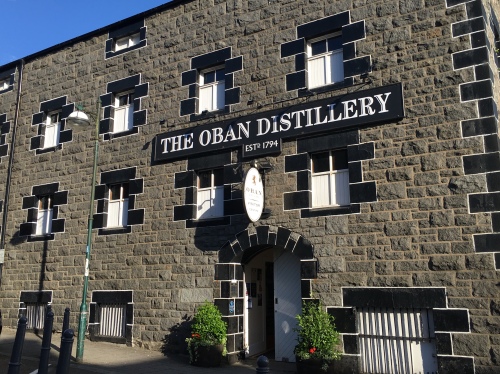 No pictures allowed in the distillery, but here’s one of the whiskies we tasted.

I quite liked it. We also tasted the Oban 14, which is smokier/peatier. Who licked the ash tray?!

On Saturday we took the Three Isles Tour with West Coast Tours. It was spectacular. We took the ferry across to Craignure on Mull, then a scenic bus tour across Mull to Fionnphort to take a smaller ferry over to Iona. We spent two hours walking on Iona, the birthplace of Christianity in Scotland. 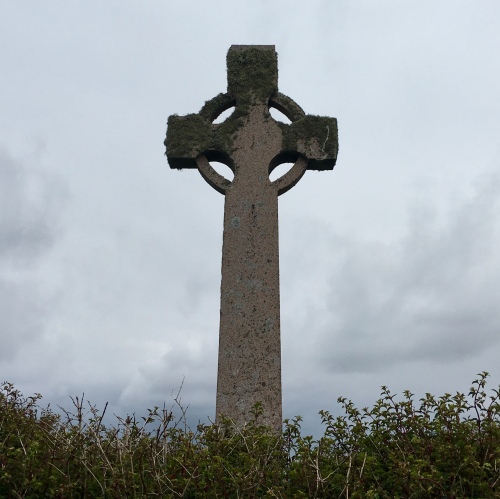 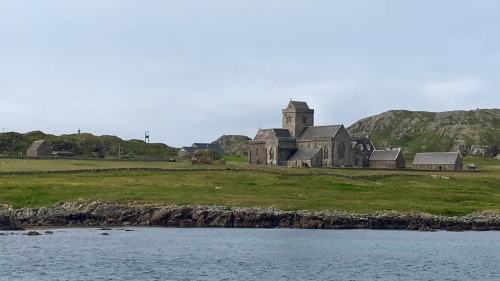 Iona Abbey is ancient and beautiful, but that was not our destination. We were looking for the beach at the end of the road, and we found it. 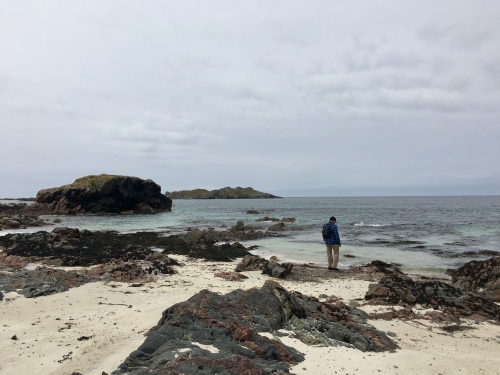 Next time we’ll climb Dun I, but two hours isn’t enough to do everything. Iona is a most bucolic place. Peace abounds.

We saw this rounding up of sheep on the walk back.

From Iona we took an even smaller ferry to Staffa, home of Fingal’s Cave, and a puffin colony that comes ashore to nest in the summer. 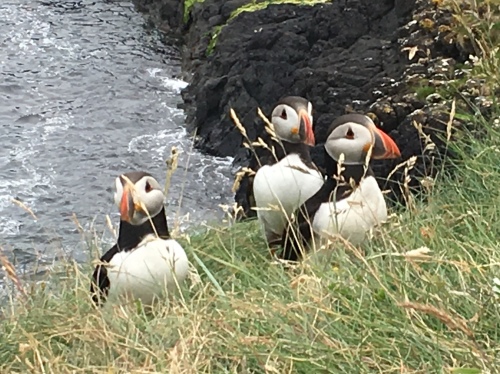 If you sit very quietly, the puffins will come to you.

This was my favorite part of our entire vacation.

Tyler’s too! We spent about half an hour with the puffins, and then decided to hurry down to see Fingal’s Cave before our hour ran out. The hexagonal basalt columns are very cool.

(as seen from the water)

We made it back to the boat with one minute to spare before the appointed departure. I was the last person to board. Do you think they would have left without me? (They were counting the passengers as we boarded, so I hope not.)

It was a perfect day. And on Sunday, we attended the Lorne Highland Games. More on that in the next post. I’m trying to give you something a little wooly in each post, and there’s a Harris Tweed story in the next one!

7 responses to “Scotland vacay within vacay”