Knitting away over here; I finished one project for a pattern I’ll be re-releasing soon, but I want to tweak it to add an additional size, so one more knit coming up. The smaller size was perfect airplane knitting. 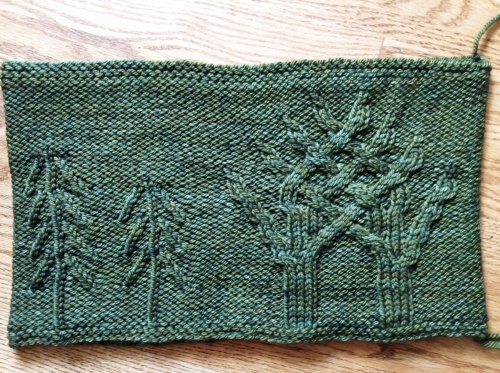 This is an update of the Snowy Woods cowl, which was released last winter as an exclusive for one of WoolGirl’s club kits. 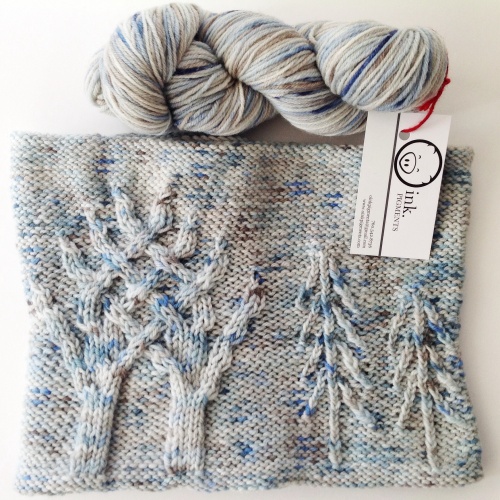 So far I’ve changed this up with a fatter, smooshier yarn which means it can be knit with fewer repeats and be closer to the neck, and I also want to make a version that will double loop around the neck. The current yarn is Knitted Wit’s Superwash Merino Aran, a heavy worsted/light Aran bouncy round fun to knit delight. More on this soon.

Other yarn was delivered while I was on vacation, and I was knitting away madly on it, until I looked closely and said to myself, “clown barf.” It’s a fabulous variegated paired with a semi-solid, but the stitch pattern I chose isn’t bringing out the best in the variegated, so it’s back to the drawing board on that one. No worries; I have time and determination.

Vacation: We went to Montreal for six days, and had a blast! It’s almost like going to Europe, very charming, bilingual, and much closer. We stayed in the old part of Montreal, and it was lovely. Our hotel had this bronze outside, which is a smaller version of the one we know and love in DH’s home town of Clayton, Missouri. We felt right at home. 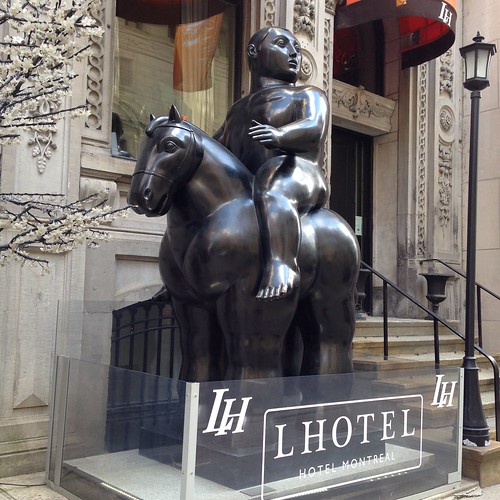 Our hotel was near the Basilica of Notre Dame. The square in front of it always has something fun going on. There’s music at noon. 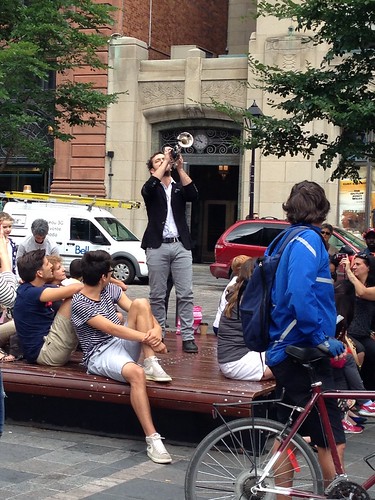 We saw a gorgeous bridal party… 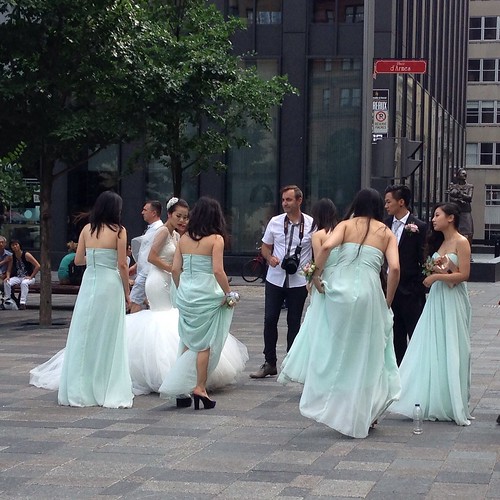 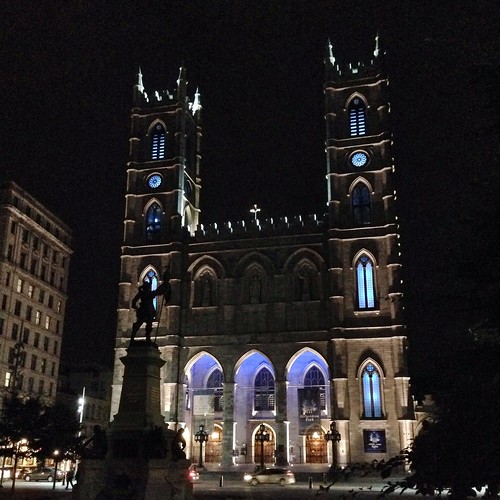 We happened to be there during Just for Laughs, a comedy festival. We also enjoyed the Festival des Nuits Afrique. Montreal has a short summer, and they seem to make the most of it! So many people walking around, enjoying the sunshine and the warm evenings. 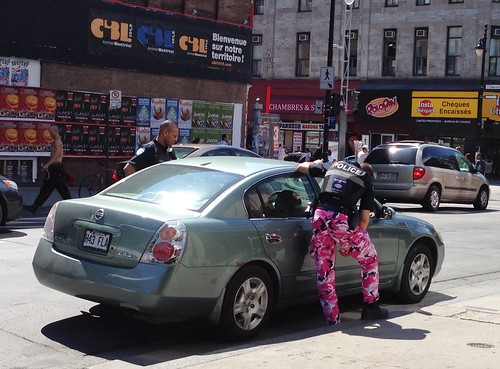 I don’t know if this police officer lost a bet, or if this is just part of his summer wardrobe. 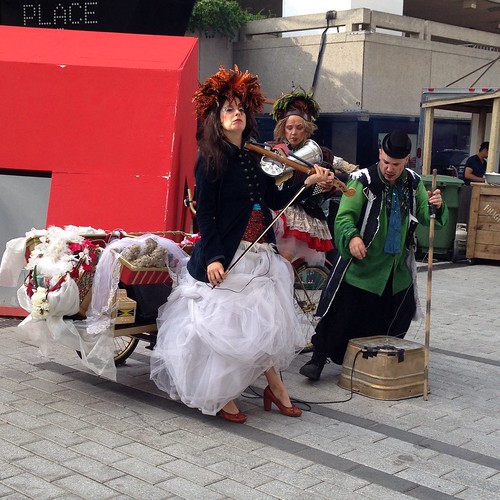 This troupe was offering mariages gratuits, free weddings. No one took them up on it.

I saw a rendition of a very Canadian song, Leonard Cohen’s Hallelujah, in a way I’d never heard it before. Sorry the sound isn’t very good; half the speakers weren’t working ’til later in the song. But I like the beat of this, in four instead of three.

There was a lot of good food, and wine. 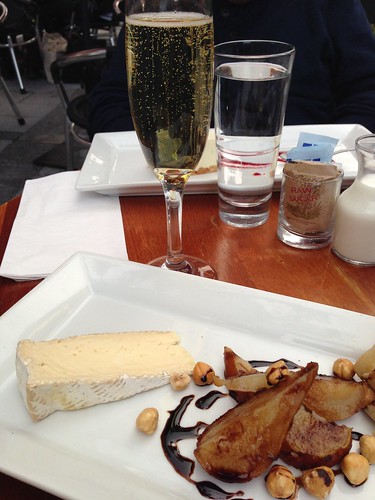 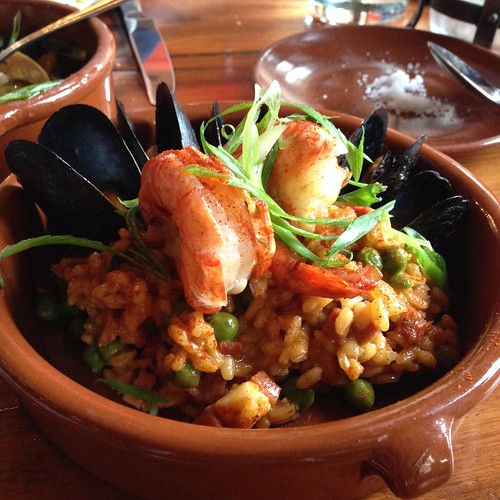 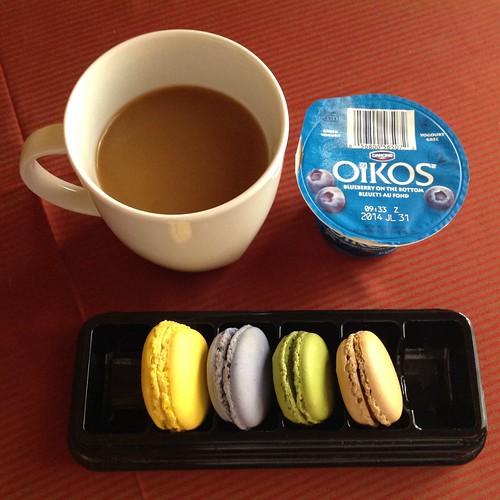 (Breakfast of champions. Or champignons.)

My food mission was to check out poutines. This one was from Au Pied du Cochon’s food truck at the festival. Poutine avec foie gras. 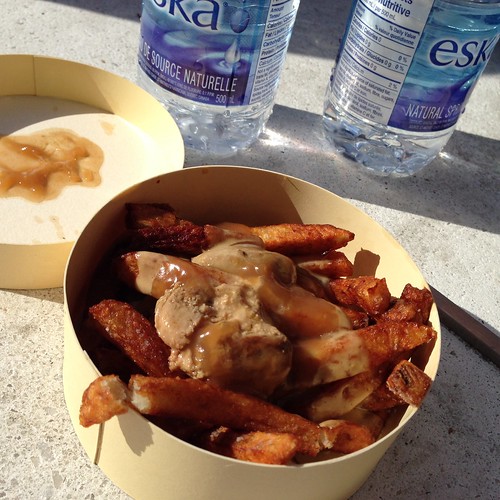 And we had to try the poutine at McDonald’s, because, photo op. It was underwhelming, as far as poutine goes. 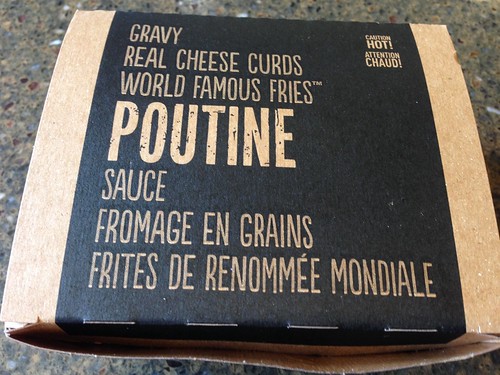 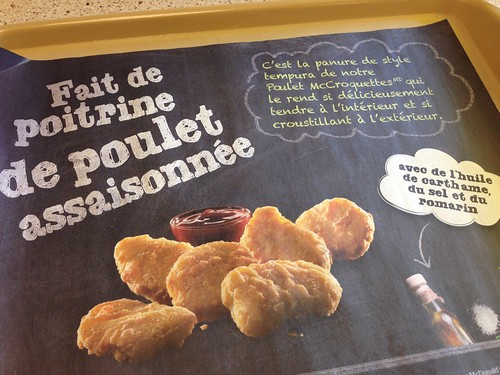 But I learned that chicken McNuggets are Poulet McCroquettes, which made me laugh out loud. Really, doesn’t everything sound better in French? 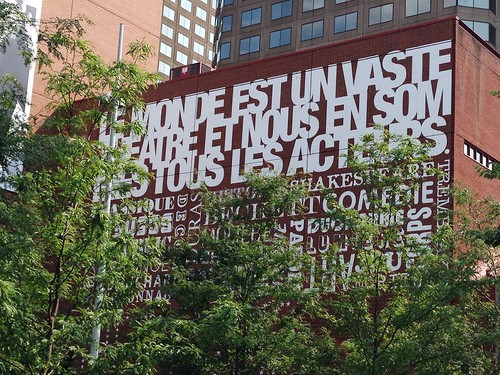 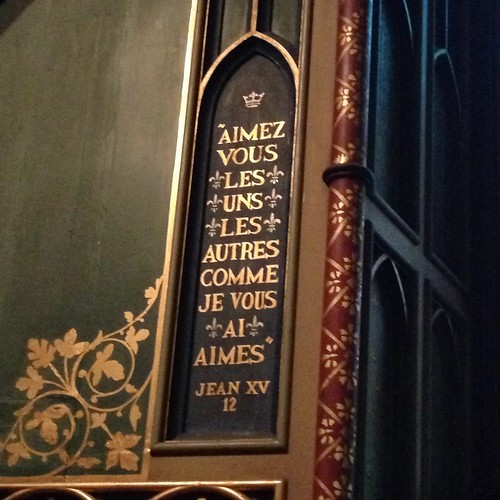 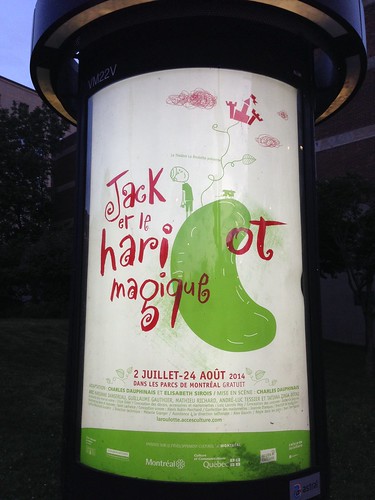 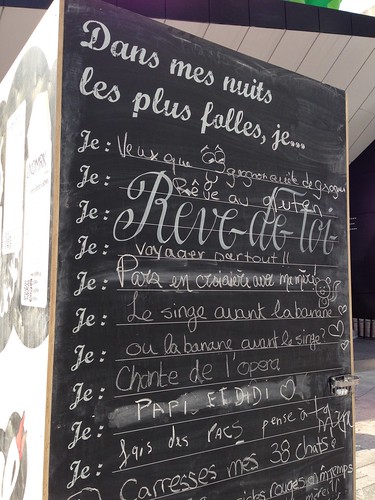 Whew! That was a big catch up. Back to my knitting. No more clown barf!

13 responses to “Montreal, and knitting progress”