Sakura to Hanami, and Japan

I’ve made some tweaks on the design formerly known as Sakura, making it shallower and wider. I like the way it fits me, and it looks great on Bobbi, too. 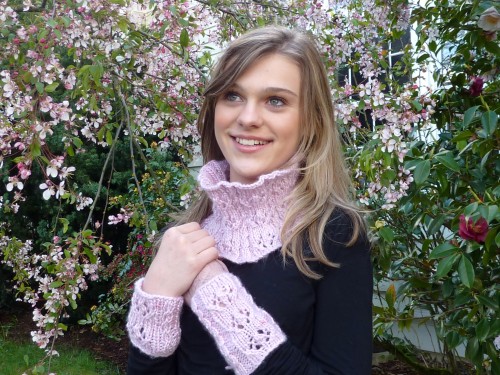 I’ve decided that I want to publish this two ways: One, through Ravelry, featuring the beautiful Sakura Silky n Single yarn that Knitted Wit dyed as a fundraiser for Japan disaster relief. This pattern is ready now; you can go to the pattern page here. 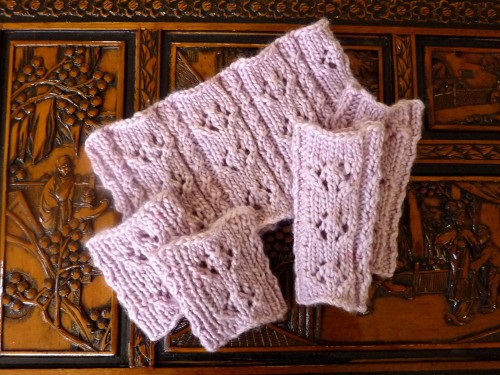 I also plan to publish this through the Knit Picks Independent Designer Program, which means that I need to re-knit it in Knit Picks yarn. Almost done! I also need to re-name the pattern; there’s already a Sakura in the IDP. Sakura thus becomes Hanami, which is Japanese for enjoying the beauty of flowers, traditionally through cherry blossom parties. Who doesn’t love a party? Alas, the cherry blossoms are all gone now, so I’ll have to find a different backdrop for the IDP version of this pattern.

In other news, I sold 90 copies of my Pacific Shawl pattern in March and April, which is $534. I have sent $534 to the American Red Cross for Japan disaster relief. Thanks so much for purchasing the pattern. Now I want to see your projects on Ravelry! 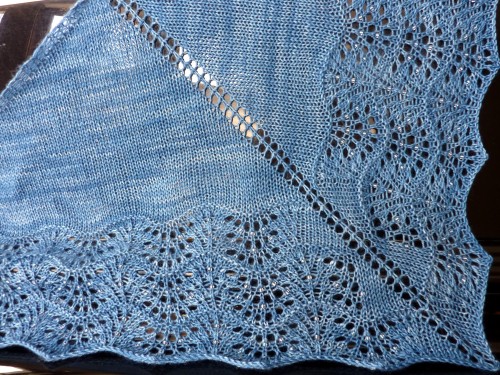 8 responses to “Sakura to Hanami, and Japan”